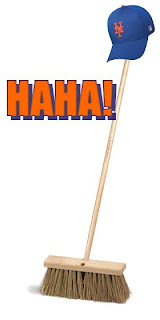 Wining makes baseball so much more fun...especially at the expense of the Yankees.
Posted by Unknown at 9:57 AM

Maybe they'll continue to win and surprise us.

I really appreciate your article. the post has excellent tips which are useful. this post is good in regards of both knowledge as well as information iTunes Gift Card Codes

"""Hello,
My name is Prashant and I'm contacting from bedpage (www.bedpage.com) - we are a top classified advertiser. I found your website and offer a possible partnership with us that will help you with increasing revenue from your web. We already work with similar webs like yours: these publishers earn great additional revenue with us.

We would like to place a dofollow link on your website from where we can get the traffic. We ae person responsible for your site  monetization so we can discuss some details and see if we could work together.
re willing to pay you in bitcoins.

We provide customised solutions for each partner, so I would like to get in touch with th
Best regards