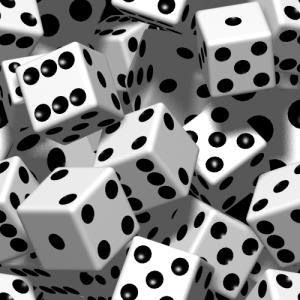 For the last three or four years, at least twice a week we've heard the SNY broadcast team rattle off a stat of how Jose Reyes' success is an indicator of Mets wins. When Reyes gets on base and scores, the Mets usually win.

For the first time in a while, Reyes is being moved out of the leadoff spot and potentially to number three in the order. In my opinion, this is a big time gamble.

While Reyes is coming off an injury and may not be the same speedster he once was, I'm not totally sure if dropping down to third in the lineup is the right move for a couple of reasons.

First, when runners are on base, Reyes tends to change his swing and think more about hitting the long ball than just getting on base. He may have matured, but we all know that Reyes swing when he's trying to hit a home run. Reyes is a triples machine, but I'd venture a guess that the majority of his triples come when no one is on base and he's thinking more about getting on than driving runners in.

Secondly, Reyes has the ability to turn a walk into a run scored and that's not as likely to happen batting third. We've all seen those games where Reyes leads off with a walk, a bunt, or a single. Then he steals second. Castillo grounds out and Reyes moves to third. Then Wright flies out to right and Reyes tags and scores. Mets have that much coveted early run in the first inning. Those opportunities won't be as prevalent with Reyes batting third.

On the positive side, Reyes will likely see more fastballs with Wright and Jason Bay batting behind him. He's less likely to hit into double plays and also has the ability to try and bunt on a squeeze play. I do think your number three hitter needs to have patience at the plate which I'm not confident Reyes has developed yet.

Plus if this is a temporary move until Beltran comes back, what impact will this have on Reyes approach when he's moved back to the leadoff spot?

No one has answers to any of these questions yet and we will have to wait and see how things pan out. I will say this, if Reyes can turn into a solid, patient and reliable hitter in the number three spot, the Mets will greatly benefit.

And So It Begins

Today marks the first official day of spring training. While snow still covers my driveway and winter hats are still necessary for any visit into the city, there's a warm breeze in my mind that has me longing for those sunny days on the diamond.

Spring training signals the coming days of summer when baseball is on every night and day games are an escape from your every day schedule. Even Mets players can feel this spring fever. David Wright is talking about winning. Fernando Nieve is positioning to be a starter. Jose Reyes is working on new dugout dance routines. And the Mets are on the verge of having a bakers dozen's worth of catchers.

Every Mets fan should be pleased...for today. I wrote a post a few weeks ago about how the Mets recent off season moves and lack of direction in the front office had me for the first time not looking forward to spring training. Well I spoke too soon. Now that it's hear, I do feel that baseball fever flowing through my veins. It's most definitely a virus of some sort. It's the sickness I've been plagued with for most my life.

It's called being a Mets fan.
Posted by Unknown at 6:32 PM No comments:

With all the drama, or lack thereof, this off season Jose Reyes has been pretty much overlooked as far as his progress and effect on this upcoming baseball season.

You can make the argument that Jose Reyes has a greater impact on the success or failure of the Mets over the last four seasons than any other Mets player.As soon as Reyes went down last year so did the Mets. Now the Mets probably would have fallen regardless of Reyes' injury, but his absence all season has set an uncomfortable tone throughout Mets nation that has people wondering what Reyes will be seen in 2010.

Mets fans have been sent back in time to those early Reyes years when he seemed to be a fragile player who was often injured. Are we getting sent back to that Reyes or is this just a freak injury that he has fully recovered from?

Reyes claims he is at 100% but the abomination in the front office has taken the limelight away from Reyes' return. If Reyes truly is healthy and returns to form, the Mets will be able to survive in the NL East or at least be somewhat competitive. However, if Reyes takes a step backward the Mets are in a world of hurt (pardon the pun).

Reyes's game is contingent on his speed. As soon as he loses that, he quickly becomes just an average baseball player at the top of the lineup. Reyes can't fall back on his plate discipline or opposite field power or any other skill set that slower players rely on to succeed. Reyes is all speed and without that his bat isn't much of an asset.

Not like Mets fans needed something else to worry about this early in the year, but Reyes could be the linchpin for the Mets to even be competitive in 2010.
Posted by Unknown at 3:18 PM 1 comment: