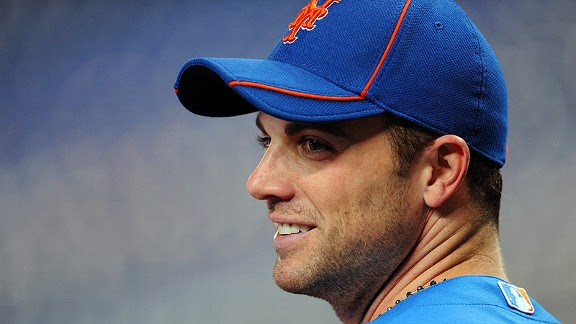 It's been a while since we've been able to be excited about a move the Mets have made, but today is one of those days.

Whether you like the dollar figures, the contract terms, the deferred payments or not, today you have the first opportunity at a legitimate lifetime Met. Even Tom Seaver didn't spend his entire career with the Mets. Gooden, Strawberry, Hernandez, and Piazza all moved to other teams.

But today the Mets record books will now be covered with the name of Wright. At the end of this contract David Wright will most likely own the top spot in every single batting record in the Mets books. He will be the face of the franchise not just for the next decade, but for well beyond that.

The Wilpons and Wright may not realize it, but they've finally given Mets fans a legacy name to hold onto. While other teams have names that immediately conjure up images of teams past, the Mets are forced to share most of those names with other clubs, but now with Wright that should no longer be the case.

A lot of fans still don't care for Wright. They think he's not as good in the clutch as he should be or that he's not the leader they want him to be. Regardless of those aspects, there is one thing you can't deny: David Wright wants to be a New York Met. There are very few players that you can say that about.

So celebrate the fact that the Captain returns. Not just for another 162 game season. Or even 7 seasons. Celebrate that you have a Mets legend in the making that no other team can share.

Welcome back, David Wright.
Posted by Unknown at 9:14 AM No comments:

Why Jason Bay's Departure Puts More Pressure on the Mets 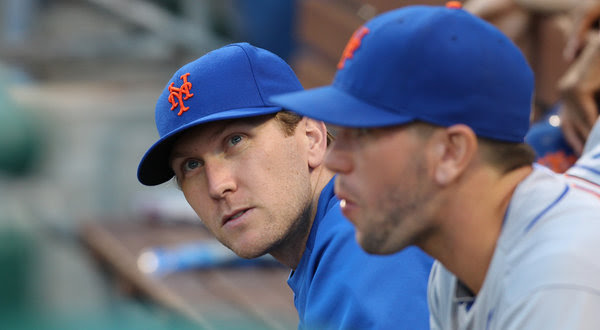 When I first heard the news, I literally shouted "Alleluia." Jason Bay and the Mets have reached an agreement and he is officially an unrestricted free agent which basically guarantees that he'll have an MVP season next year wherever he lands.

All kidding aside, this move is a great one and I'm surprised Sandy Alderson and the Mets were able to make it. But what they may not realize is that this puts more pressure on them than if Bay was still on the team.

Like Oliver Perez and other failed signings before him, Jason Bay was the lighting rod for Mets aggravation. He was signed by Omar Minaya and never came close to even half of what the Mets expected of him. Regardless of what other players were doing or not doing, you could always count on blaming Jason Bay for something.

But that last remnant of the former GM regime is gone. The onus is now all on Alderson.

The central antagonist on the Mets will no longer be there to take the blame. Now the Mets and Alderson have to make their own moves to correct the situation in which they find themselves. At least with Bay, the Mets had a solid defender in one of the corner spots. Now all three outfield positions need filling. Duda should not be a lock to continue in right field. Hairston probably won't be resigned and isn't an everyday player anyway. Then you have the laundry list of young players that aren't quite ready for prime time in Baxter, Kirk, Valdespin, etc.

So where do the Mets go from here? Filling one starting outfield position is tough for any team, but filling three is bordering on impossible. The Mets will fill those spots, but the question remains how much of an upgrade will those fill-ins be?

2014 was supposed to be the year the Mets would make their moves. Bay would be off the books as would Santana. Now that Bay has exited early, does that give the Mets room to make moves in 2013? Only time will tell, but they'll have to look in the mirror to find someone to blame.
Posted by Unknown at 4:44 PM 2 comments: