The Winter of our Mets Discontent 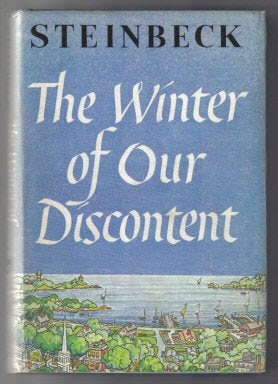 John Steinbeck may have penned the phrase "winter of our discontent" but it's Mets fans who are living it. What is going on with this team? Is the goal to get 5th place in the NL East? Are the Mets hoping not to sell a lot of tickets this year?

What is the master plan?

We were sold on Sandy Alderson because of his involvement in Moneyball and the strategic mind that can see 5 moves ahead and plan for the future. I'm not seeing any such plan or strategery taking place here. It looks to me like Sandy Alderson is trying to get fired, which in all honestly might not be a bad move for him. Maybe he didn't realize just what kind of mess he was getting into and now wants out.

So far the biggest move of the off season is not doing anything to sign Reyes and trading Angel Pagan for an older version of himself. Now we're talking about trading Jon Niese? Really? A guy who's under contract for the next few years for a reasonable price and has proven to be pretty much the only consistent starter that we have is going to be traded? For what? Prospects? Isn't that what Niese is? He's a guy with 2 full years pitching under his belt and we don't know his ceiling yet. We know he can pitch pretty well though. So let's trade him for two guys who MIGHT be better? This is crazy.

Show me some signs of foresight. I get that there are a number of high ceiling pitching prospects in the farm system, but the chances of ALL of them panning out to be big league contributors is slim. Look at Fernando Martinez! The untouchable prospect and apple of Omar Minaya's eye is now the talk of Queens as the Mets may actually dump him. Not trade him. Dump him.

What was supposed to a major change in the front office that would lead to future success is looking more like a continuing legacy of ineptitude by the Mets. I don't expect blockbuster moves. I just want some hope for the future.

As John Malkovich so eloquently said on his Christmas episode hosting of Saturday Night Live: "Hope is what we cling to when reality has left us nothing else."

No truer words were spoken of the 2012 New York Mets. Welcome to the winter of our discontent. The current forecast is calling for it to last well into May.
Posted by Unknown at 12:26 PM No comments:

So all it took was Jose Reyes leaving to get the Mets jump started on their off season acquisitions. Probably you've only heard of one of these guys the Mets signed yesterday which includes pitchers Frank Francisco, Jon Rauch (formerly known as Chewbacca), Ramon Ramirez and trading Angel Pagan to the Giants for Andres Torres.

Honestly, this is good. Mets biggest issue the last century and a half has been the bullpen. More blown games than a man can count have happened because of the BLOWpen. The question remains if these guys are truly the solution. It's not like Rauch, Francisco or Ramirez are known and feared. This is where you hope the Moneyball crew with offices in Flushing knows what they're doing.

The Angel Pagan trade to me is bizarre. We basically traded Pagan for an older version of himself. Torres played horribly last season although he had a decent year in 2010 which is the same story as Pagan. Some say Torres is better defensively, but in my opinion Pagan was no slouch in the field.

Let's hope there's better news on the horizon or that us armchair GM's will be put in our place once the season rolls around.
Posted by Unknown at 9:15 AM No comments:

...the always entertaining Brad Bortone gives his take on the Reyes to Marlins signing. Brad takes a different look at it and I like where he's coming from.
...read the post to the end. the last paragraph is my favorite.
Bugs & Cranks » Honestly, losing Jose Reyes isn’t big news:
Posted by Unknown at 3:35 PM 1 comment:

Reyes is Gone for Better or Worse 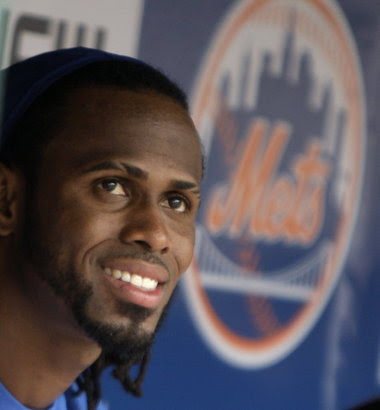 Jose Reyes was the future of the Mets, but now is just another in a long line of what could have beens. The Miami Marlins just outbid the New York Mets for the services of the All Star/NL batting champ shortstop that was the face of a franchise for many hopeful Mets fans.

One could argue that Reyes is one of the few Mets players in the last two decades that could get people in the seats just to see him. He was energetic, exciting, but often injured. Our hopes for Reyes never quite translated into reality until this past season. Just when our dreams seemed to finally becoming true, the nightmare that is the New York Mets swooped in to crush them.

I'm not going to get into the details of money, the solvency of the team or how we were outbid by a famously cheap organization. The fact is if the Mets REALLY wanted to keep Reyes, they could have. But they chose not to.

The Mets had the money to spend, but didn't.

Whether this is the right move in the long run will be overlooked by the time that moment comes. We live in a short term world and a fan base that is desperate for some glimmer of hope or ray of sunshine, this move is just another in a long line of dark clouds that hover over Queens.

Chances are Reyes will not repeat the success of 2011. He was healthy for the majority of the season and was hitting at a ridiculous rate that had been unseen in his entire career. We also saw him slow a bit on his propensity for stealing bases and of course he spent some time on the disabled list.

All that coupled by the fact that he's only played an average of 100 games over the last 4 or 5 seasons means that not signing Reyes to a long term contract for big money was a smart investment for the future.

But here's your short term losses.

The Mets just lost the interest of a major part of their casual fan base who comes to games or watches SNY to see Reyes play. The team also just flushed down the drain one of the players they have built up for the last 7 years. Wright and Reyes were the shining stars that made many 30 something Mets fans temporarily forget about the coulda/woulda/shoulda that was Doc & Darryl.

On top of that, the Mets have just parted with the best lead off hitter in the National League, one of the best defensive shortstops and their best threat on the base paths. Oh yeah, and Citi Field was made for a player with Reyes' skill set.

Again, the long term rewards of this move will not be remembered. In 6 years when Reyes only plays 80 games due to injuries, Mets fans aren't going to say, "Wow, it's a good thing we didn't give Reyes a 6 year deal!" Instead we'll be forced to remember the player we had as he continues to haunt the Mets faithful throughout the next 5 seasons as a star player on a division rival.

And we all know that when the Mets trade a player, they tend to get better. So it's time to say so long to Jose Reyes and trust that Mets management knows what their doing although if history has anything to prove that's not likely.

No one is calling the next 5 years the Ruben Tejada era, but maybe we will? Probably not. Prove us wrong Mr. Alderson.
Posted by Unknown at 2:59 PM No comments: