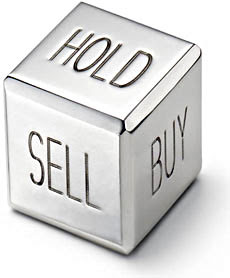 As the season comes mercifully to a close, Bryan and I take a look at some of the issues the Mets will face when October 4th comes around in a little Mets Lifer: Buy or Sell.


Buy or Sell: The Mets will get Adrien Gonzalez this off season.
Bryan: Sell. While I would love him on the Mets, this is a pipe dream. Gonzalez is one of the best first basemen in the sport and he is dirt cheap right now. Mets do not have anything to offer to get him. I pray he becomes a free agent after 2011 but I suspect the Red Sox will land him in a trade.

Dave: Sell. I would trade the farm system for Gonzalez but I doubt the Mets will. Instead I hope they realize how important starting pitching is and instead go after a Doc Halladay or Felix Hernandez to support Johan Santana.


Buy or Sell: Angel Pagan is your starting left fielder in 2010.
Bryan: Sell. While a good hitter, and fielder, he makes way too many mental errors. I see him as a solid 4th outfielder. The Mets have to give F Mart a chance to play every day, assuming he’s healthy.

Dave: Buy. Pagan is like a college basketball freshman. Great talent, but inexperienced so he lacks the in-game intelligence. Pagan hasn’t played a full season in the bigs, ever. So these mental lapses are all part of the growth process to turn into an everyday player. The guy can hit. He’s got a solid glove and he can run like the wind. Those are three things that are a perfect match for Citi Field. Give him a shot to start and use Sullivan as your #4. Besides, hopefully FMart will be traded in a deal for Halladay or King Felix.

Buy or Sell: The Mets need to adjust the Citi Field dimensions.
Bryan: A BIG BUY here. Listen, I hate band box parks like the one in Philly, or the Bronx for that matter, but take one look at David Wright’s putrid numbers this year, and you’d have to be a fool not to consider moving the fences in, especially in right. I’ve said this before, but David Wright is the most glaring concern I have with this club going into 2010. He looks nothing like the hitter he used to be and that scares the heck out of me because if he no longer produces like he’s supposed to, the Mets and their fan base will suffer greatly. I’m shocked that more people aren’t as concerned about his decline. 8 HRs…EIGHT! He needs to seek out Jeff Kent to learn how to lay off the slider, b/c he reminds me of Kent when he was on the Mets. Slider down and away, and Kent was toast. Same thing now with Wright. If he’s not half-swinging at it, it’s totally in his head and he gets beat on the fast ball. Now somewhere along the way, Kent figured it out and we all know what happened to his career post Mets. Wright desperately needs to find the remedy. And bringing in that right field fence is a good start.

Dave: Sell, with an exception. I was as much a proponent of adjusting the dimensions as Bryan a month or so ago. But since then I’ve seen Derek Lee, Mark Reynolds, Dan Uggla, Brad Hawpe and others have zero issue with putting the ball over the fence. It seems like the only team struggling to hit home runs at Citi is the Mets. The power drought is an issue with the player not the field. However, the right field fence is just stupid. The Mo Zone fence should be moved up so it's even with “Utley’s Porch.” That has less to do with hitting home runs and more with creating a better playing field for the outfielders. Plus it serves no purpose being back that far other than to just be annoying. Kinda like that stupid hill in center field in Houston.